Cap on Your Home Mortgage Deduction and Your Dreams

The House Tax Cut that puts a cap the mortgage tax deduction is a hot potato. It’s a sizzling topic of conversation, coast to coast. Thus, Palm State Mortgage Company hopes this article on the proposed new cap on tax deduction for mortgage interest will bring you some cool facts.

As the old policeman in Dragnet used to say, “just the facts, mam…” let’s take a look at the cool basic facts which are causing much debate on this cap which causes some mortgage-seekers to pause their house-hunting.

Cap is Not for All Homeowners

First of all, we need to relieve you of worry if you already have already processed a mortgage, if you are already a “homeowner.” 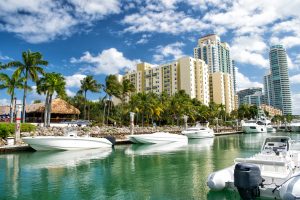 The cap on the tax deduction will not likely affect you. Your loan will be “grandfathered in” at its current rate.

However, new buyers, new mortgage owners, would see some federal tax changes from the cap. How big those changes would be would depend on the cost of property where they live.  Here’s why:

Put simply, the tax plan suggests a tighter cap on mortgage interest deductions on newly purchased homes. The law currently permits a couple who files deductions instead of the short form to deduct interest on home mortgages of up to $1,000,000.  The new tax deduction cap would be set at $500,000. So, in the first place, if you mortgage a home for less than $500,000, you do not need to worry.

Every Cap Has as Silver Lining

Meanwhile, another feature of the new tax reform for the nation’s taxes is the simplification of the procedure.  You might not like the cap on home mortgage deductions, but the new idea of doubling the standard tax deduction will intrigue you.  If the legislation passes, filing a standard form will gain almost double the standard deduction of this year.

In fact, the home ownership tax deduction adjustment might not even bother you if you typically only use the short form. Law-makers hope this measure will inspire more taxpayers “to use the standard deduction (instead of itemizing deductions like mortgage interest and property tax separately)…”

Keep in mind that, currently, “in order to claim the mortgage interest rate deduction, homeowners need to itemize…”  If the new tax laws are enacted, and the generous standard deduction upheld, “The Tax Policy Center estimates that the percent of filers who claim the deduction would fall to 4% from 21%.”

Palm State Mortgage Company can see the government savings that would result from so much less paper-work, digital or not.  The IRS administrative and office expenditures would drop.

Investigating all the Hoopla against the Cap

In spite of the shiny new standard deduction, you actually might have dreams of home ownership crushed by the cap.  That could happen if those dreams must come true in housing markets in a major metro area.

“If you’re outside a major metropolitan area, it’s generally easy to buy a home with a mortgage of less than $500,000 and continue to reap the tax benefits of using the mortgage interest deduction. But if you’re looking in expensive metropolitan areas ranging from Austin to Boston and all big cities in between, finding a home under $500,000 is becoming exceedingly rare.” (See Zillow’s Home Value tool for median prices of homes. They researched home prices by city, state, zip code, and neighborhood. If you are planning a move to a new city, check it out so you can see what homes in that region most probably cost.)

Stacking Your Dreams Against the Cap

So, let’s imagine a balanced scale. On one side we have the new 500,000.00 dollar tax cap on your mortgage interest exemption. And on the 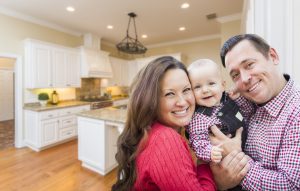 New cap on mortgage interest might cause families to delay or defer their dream home.

other side of the scale, we place your house, in your chosen hometown. Let’s see how the statistics weigh:

According to the National Association of Realtors, the median home price across the U.S. is currently $254,000. Whereas some markets reveal more reasonable homes than $254,000, there are major metropolitan markets in which $254,000 would not even finance a one-bedroom apartment.

“So far this year, 5.4% of all loans originated were more than $500,000, according to data from ATTOM Data Solutions.”  That means about 325,000 loans would not balance the scale in our little scale-balancing challenge above scenario.

“Washington, D.C., had the highest percentage among the states with loans above the $500,000 threshold at 35.1%, followed by Hawaii at 15% and California at 11.5%. Delaware, Massachusetts and Washington state round out the top six at around 9%.”

That list of percentages is also a list of the homeowners who would have their homeowner’s deduction cut in half by the new cap.

That might not sound so bad, especially if you do not plan to live in those areas. However, some heavy hitters have come out against the cap. You might think, after all, someone has to foot the bill for our trillions of dollars of national debt.

Jerry Howard, the Home Builder’s Association CEO, stated that by his estimation, “7 million homes would be excluded from the mortgage-interest deduction, amounting to about a third of the homes in California.”  He added, “You’re talking about potentially causing housing recessions in some of the biggest markets in the country, and those kinds of recessions tend to have spillovers. We’re worried about a national housing recession.” (We told you this was a flaming hot political potato.)

Palm State Mortgage Company has revealed the facts behind one very controversial aspect of the of the new bill as objectively as possible. Only time will tell us if the new legislation will pass. Plus, we must delve into the proposed legislation to see if there are other aspects of it homeowners and mortgage seekers ought to investigate.

The current laws result from 1913 legislation aimed at protecting farm ownership.  At this point on the two sides of the debate, both conservatives and liberals would perhaps only agree that it is at least time for examination and reform.

As always, we thank you very much for reading the blog at Palm State Mortgage Company, and as is often the case in a complex issue, you will probably be soon seeing a Part 2 on this hot potato topic of tax cuts and the homeowner’s interest deduction.