Economic facts and statistics do not lie.  It has been 50 years since our economy could boast a 3.6 % unemployment rate.  Economic facts also indicate that the U.S. economy added 263,000 jobs in the month of April.  We had a feeling this was going to happen when we reported some encouraging statistics to you in our previous blog.

In fact, our optimism has begun to glow as the Florida sun has gotten warmer with spring.  Now we know statistics are even better than we thought they might be.  There’re even better than in March when the jobs market added 196,000 jobs.

Optimism is Bolstered by New Reports and Our Spring Economic Facts 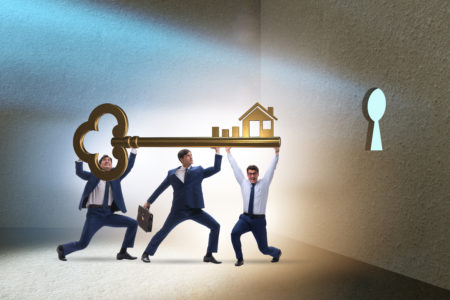 Economic Facts are the Keys to Your Home Mortgage Deal

Optimism has always been our attitude, here in Palm State Mortgage, even in the toughest times.  And now we are in a great time of growth and recovery. That’s not just our opinion.  It’s the opinion of the U.S. Bureau of Labor Statistics and in accordance with the Employment Situation Summary.

Economic Facts: Touching Lives in Every Sector of Society

And the good news is all across the board with the break-down looking like this:

We noticed that the government had to change the total non-farm payroll employment in February.  They revised it from the estimated 33,000 new jobs to 56,000 jobs.

“With these revisions, employment gains in February and March combined were 16,000 more than previously reported.”

More Money in Your Pocket in This Bustling Economy

Who Got All These New Jobs?

Research tells us that most of the job gains in this busy April are in professional and business services.  Likewise, we have found more jobs this month in health care, construction and social assistance.

At Palm State Mortgage we love to watch the trending statistics and facts of our enriched economy.  Here are some of the areas that showed notable changes in April:

What It All Means for the Housing Market

Is Home Ownership in Your Future? 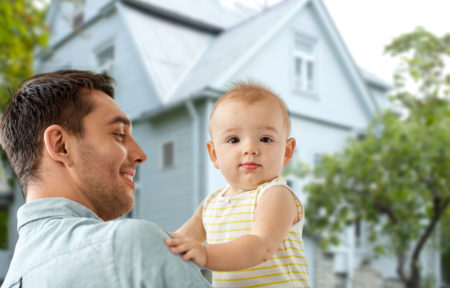 And he added, “Moving into summer, we expect rates to be about a quarter to half a percentage point lower than where they were last year, which is good news for the housing market,” Khater said.

Economic Facts and Growth:  Not one Thing, but Many Little Things

Kater also added, “These lower rates combined with solid economic growth, low inflation, and rebounding consumer confidence should provide a solid foundation for home sales to continue to improve over the next couple of months.”

Economic Facts and the Bonus of Time

Thus it is a notable fact that the “average workweek for all employees on private non-farm payrolls inched backward 0.1 hour to 34.4 hours in April.  That’s a little extra time to enjoy your home.

NAHB Chief Economist Robert Dietz said. “In a healthy sign for the housing market, more builders are saying that lower price points are selling well,”  And he added, “this was reflected in the government’s new home sales report released last week.”  Increased inventory of affordably priced homes – in markets where government policies support such construction – will enable more entry-level buyers to enter the market.”

Reviving Our Optimism on a Firm Foundation of Facts 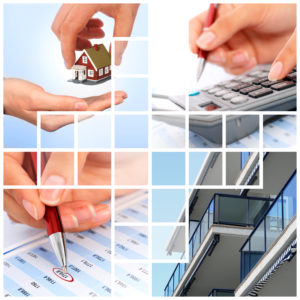 Statistics are Looking Good For Home Ownership. Economic Facts are Improving for Everyone.

So, the economic facts mean that we at Palm State Mortgage Company can feel good about encouraging all you hungry house hunters and mortgage seekers this spring.  We can feel the vibe of a growing economy.  And have you noticed the strong economic heartbeat in Orlando, where much new construction is evident?  But that is another blog for another day.  For today, let us bask a moment in the sudden, unfamiliar feeling of a healthy economy.

Mother’s Day is On the Way

Remember to Shop for Mom this Week:  May 12 is Mother’s Day.

From Our Family to Yours:

Palm State Mortgage Company Wishes all the Moms out there a special greeting, “May all the love that you give to others come back to you on this special day.”

And we also honor all the mothers among our friends, clients, and readers with this witty quotation from Susan Gale:

“Mothers are like glue.  Even when you can’t see them, they’re still holding the family together.”